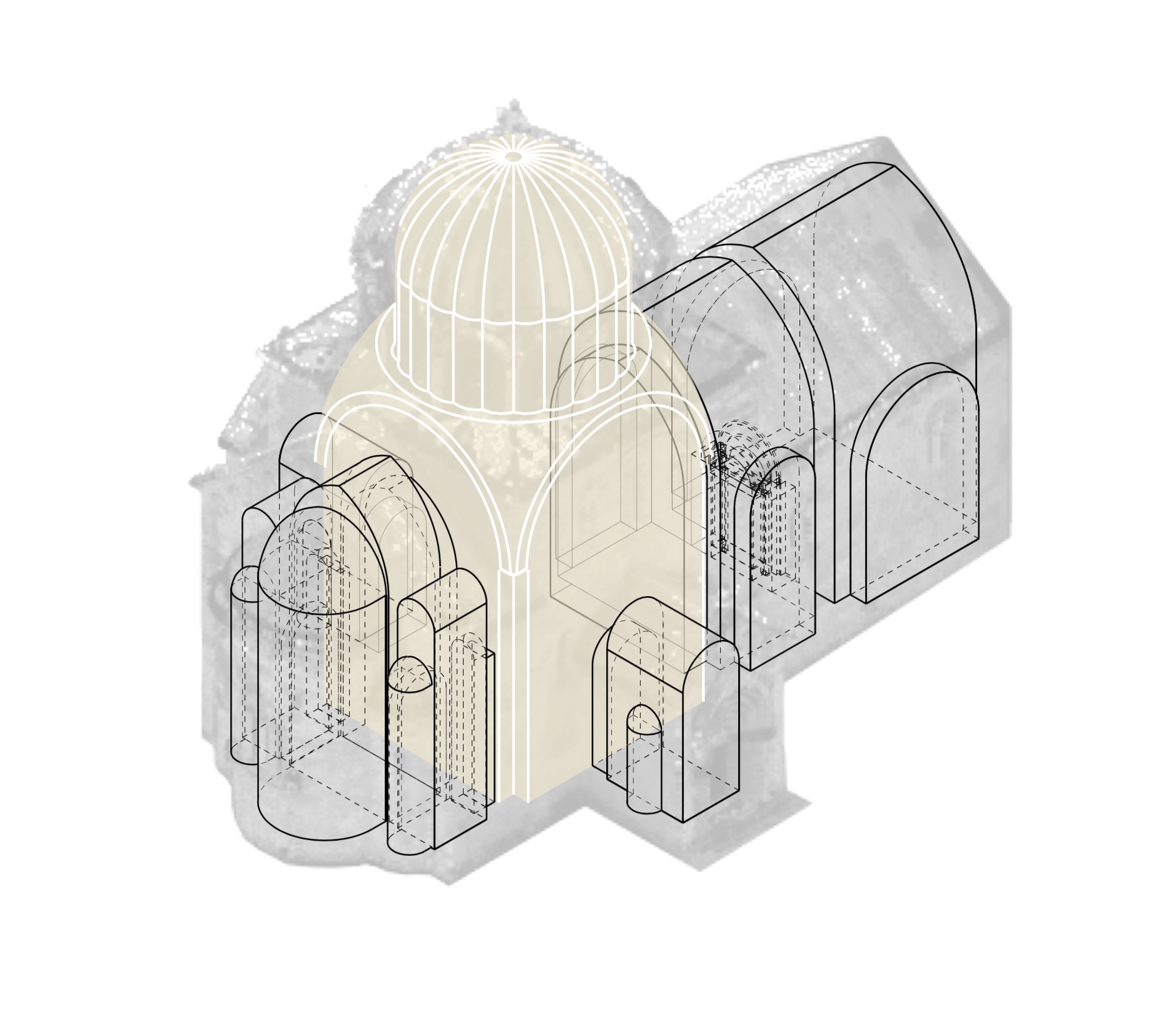 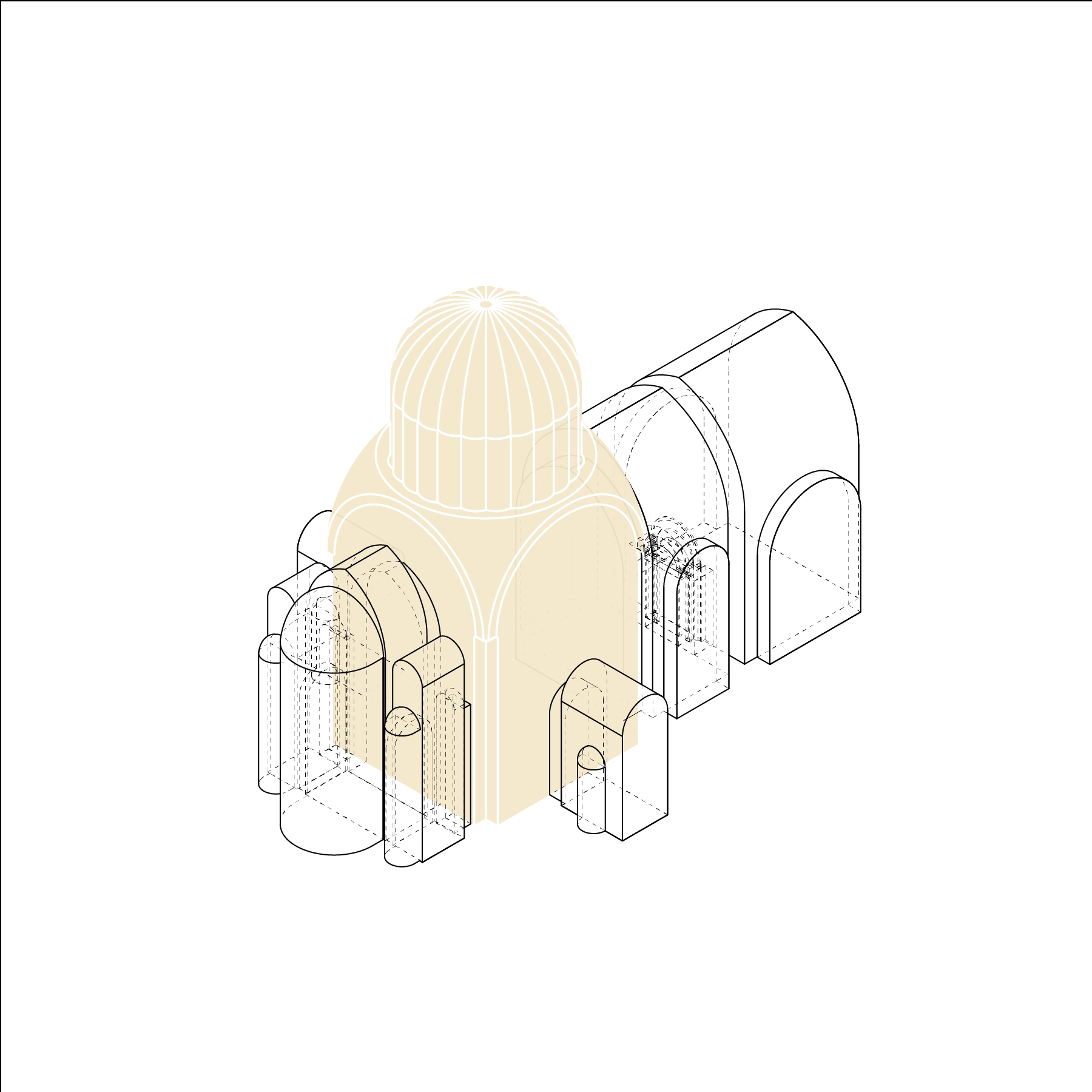 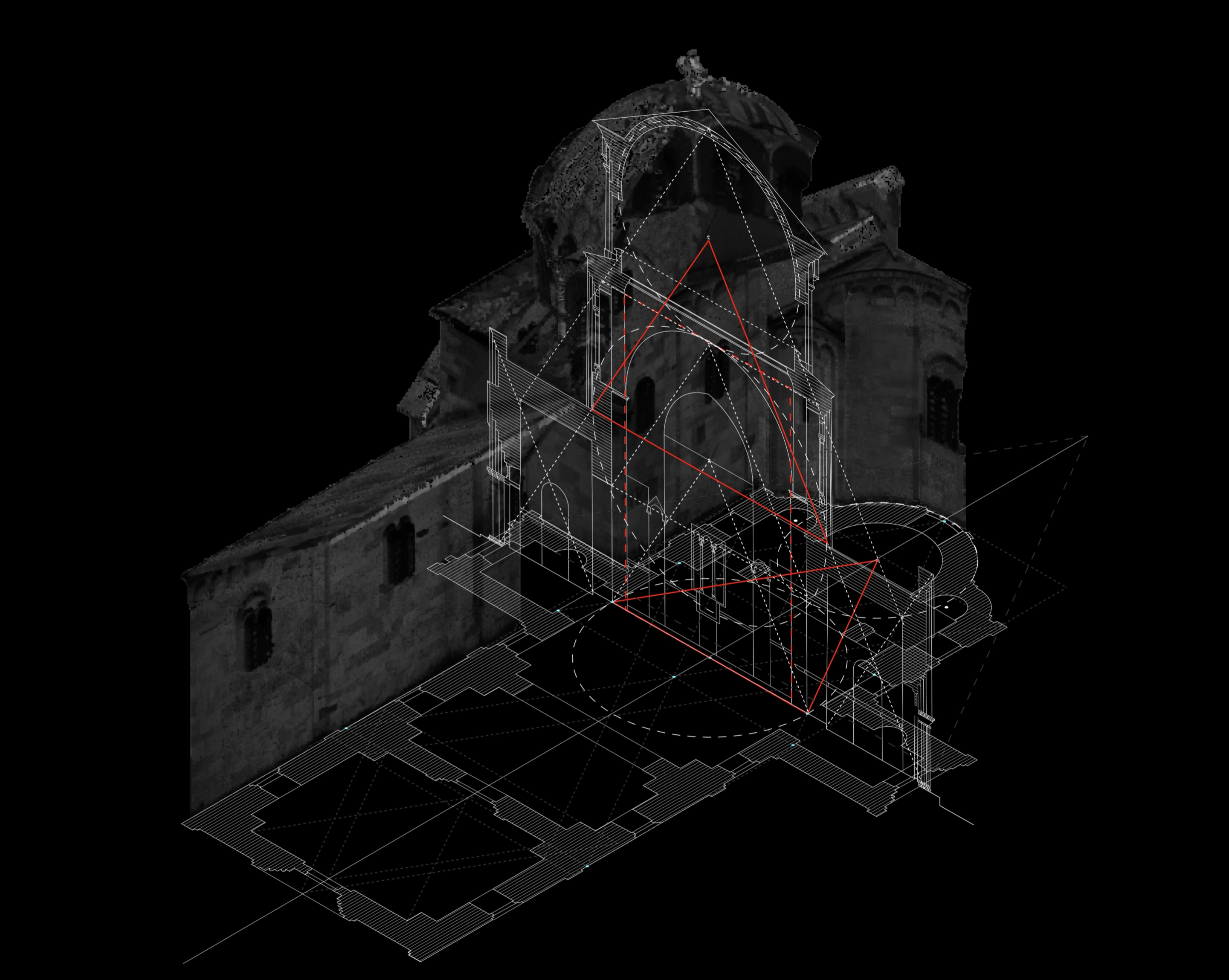 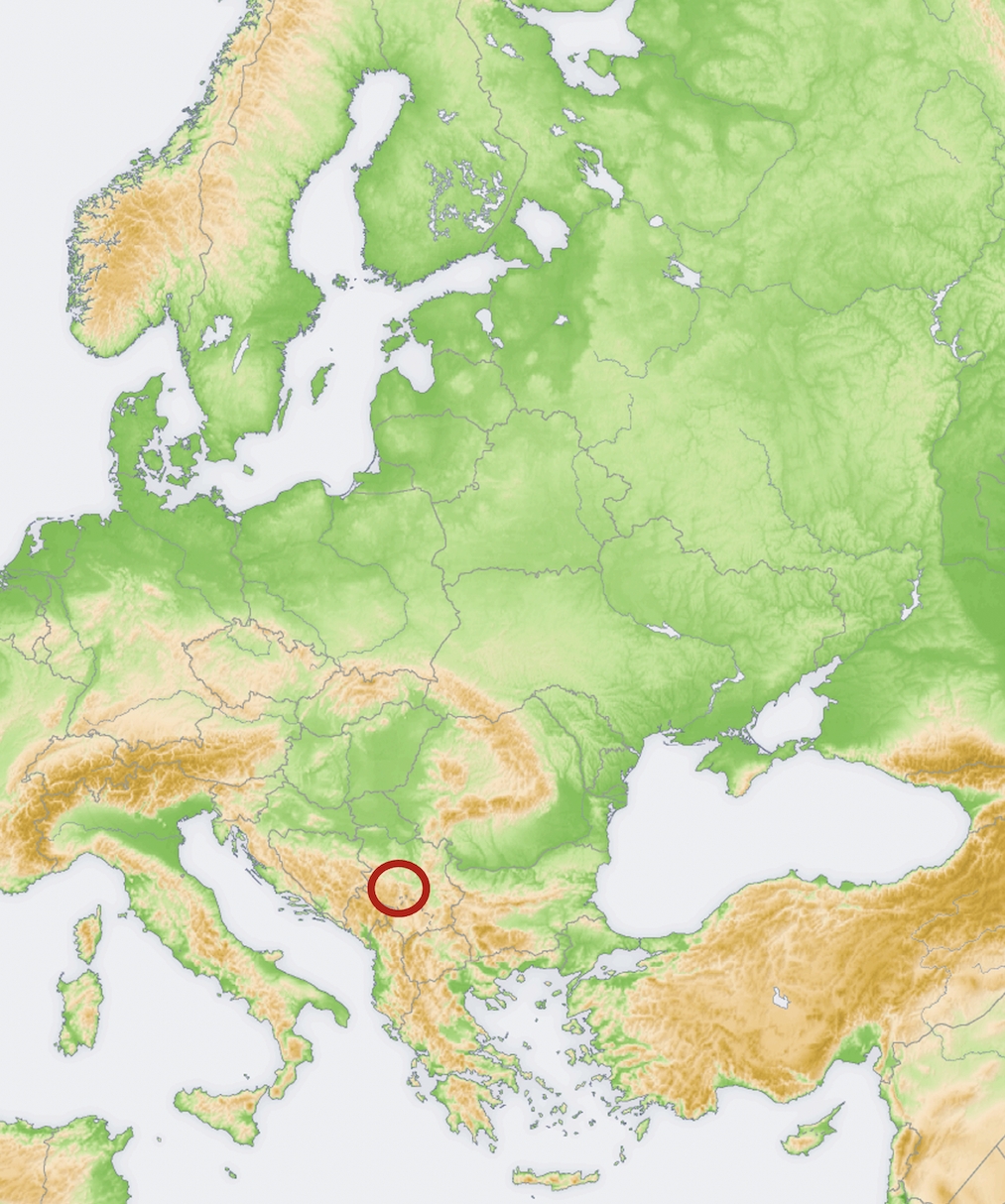 A major world heritage site on the UNESCO list, the Studenica church in Serbia unites Romanesque and Byzantine ideas of sacred space. Our international team of experts in humanities and computation is digitizing the Studenica church for the first time to study its design principles. We are using a cutting-edge experimental approach whereby architecture-driven computational modeling—specifically, data-based parametric and reverse architectural design—is utilized to reveal the underlying systemic logic of the architecture. As such, we analyze individual parts of the building and how they are arranged. This new, computer-led approach is needed for the study of medieval structures because we often lack texts that can offer insight into their creation. The spatial models examine the proportions and the tectonics of the church. The parametric research expands on the modeling of the central core of the church and lighting of its dome. The design of the internally scalloped dome is attributed to imperial Byzantine architecture in Constantinople (Istanbul). Our research also aims to test the transfer of architectural knowledge and whether the dome that scoops the light in shafts—which remains technically a demanding task in modern construction—points to the applied medieval knowledge of geometry, physics, and optics. This research features the Studenica church as a model for advanced studies of medieval architecture that often lacks textual sources about its creation or training of its architects.