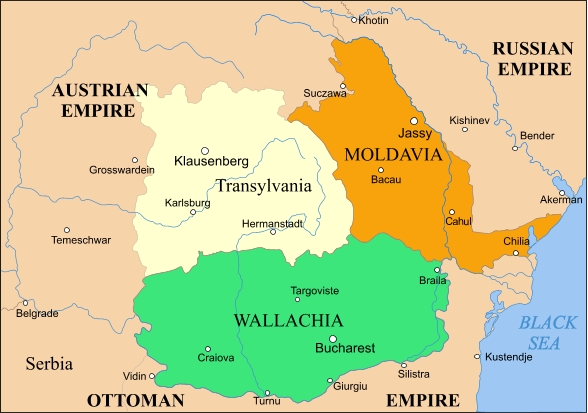 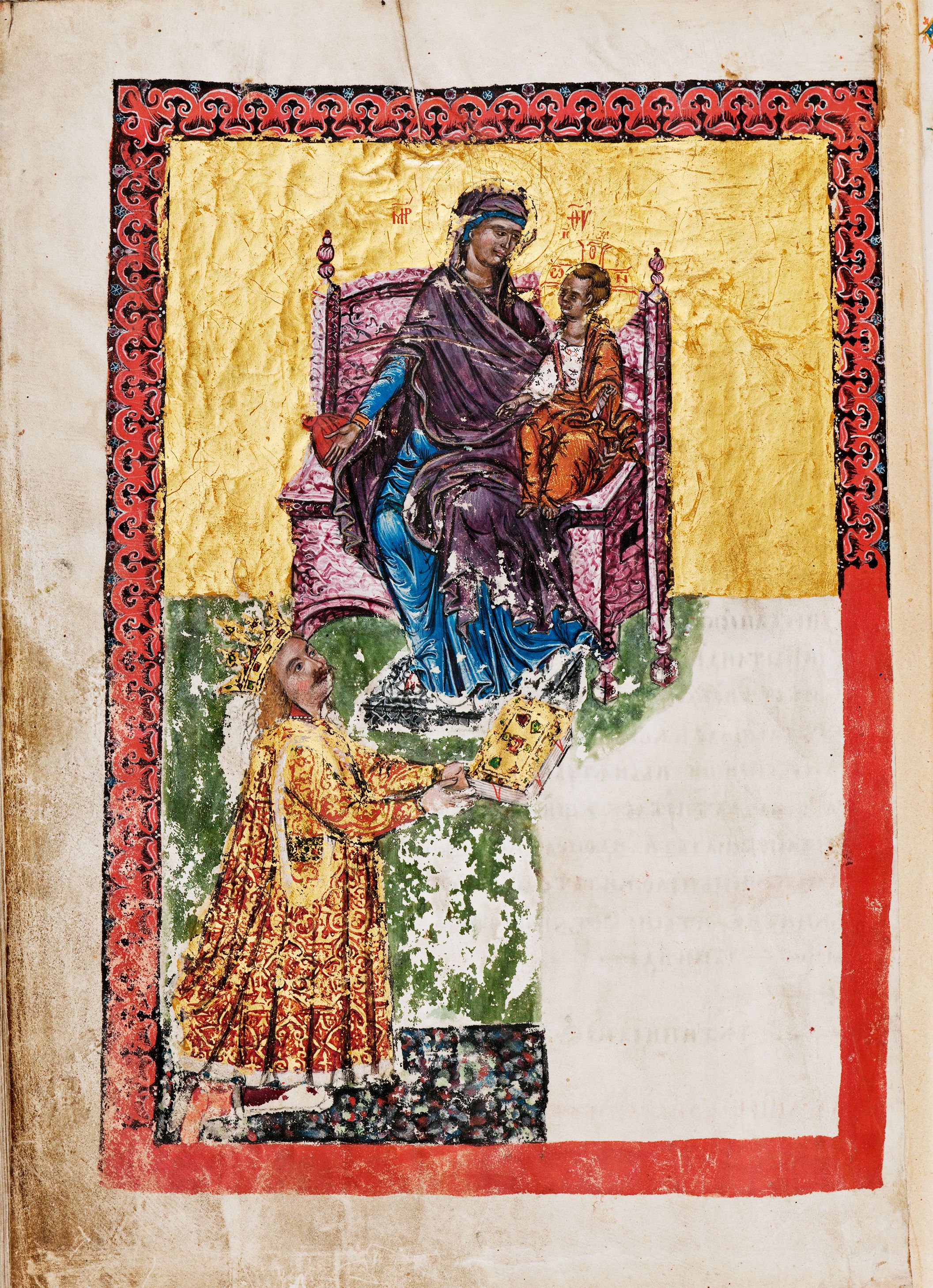 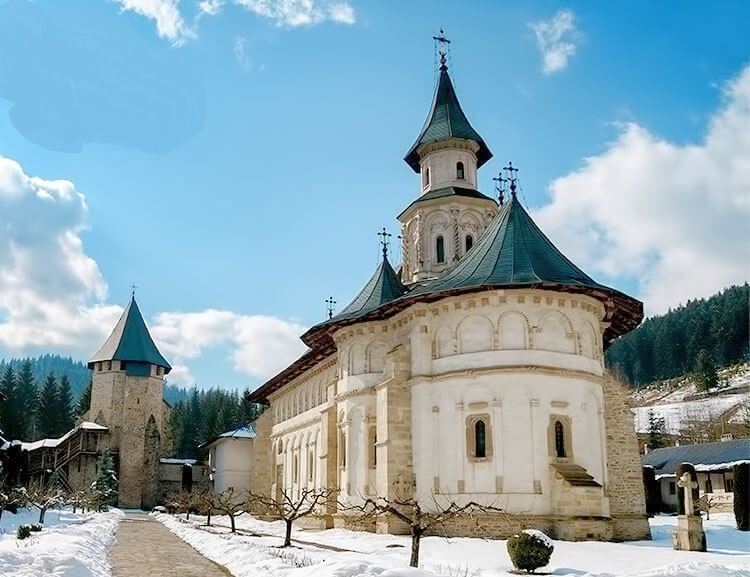 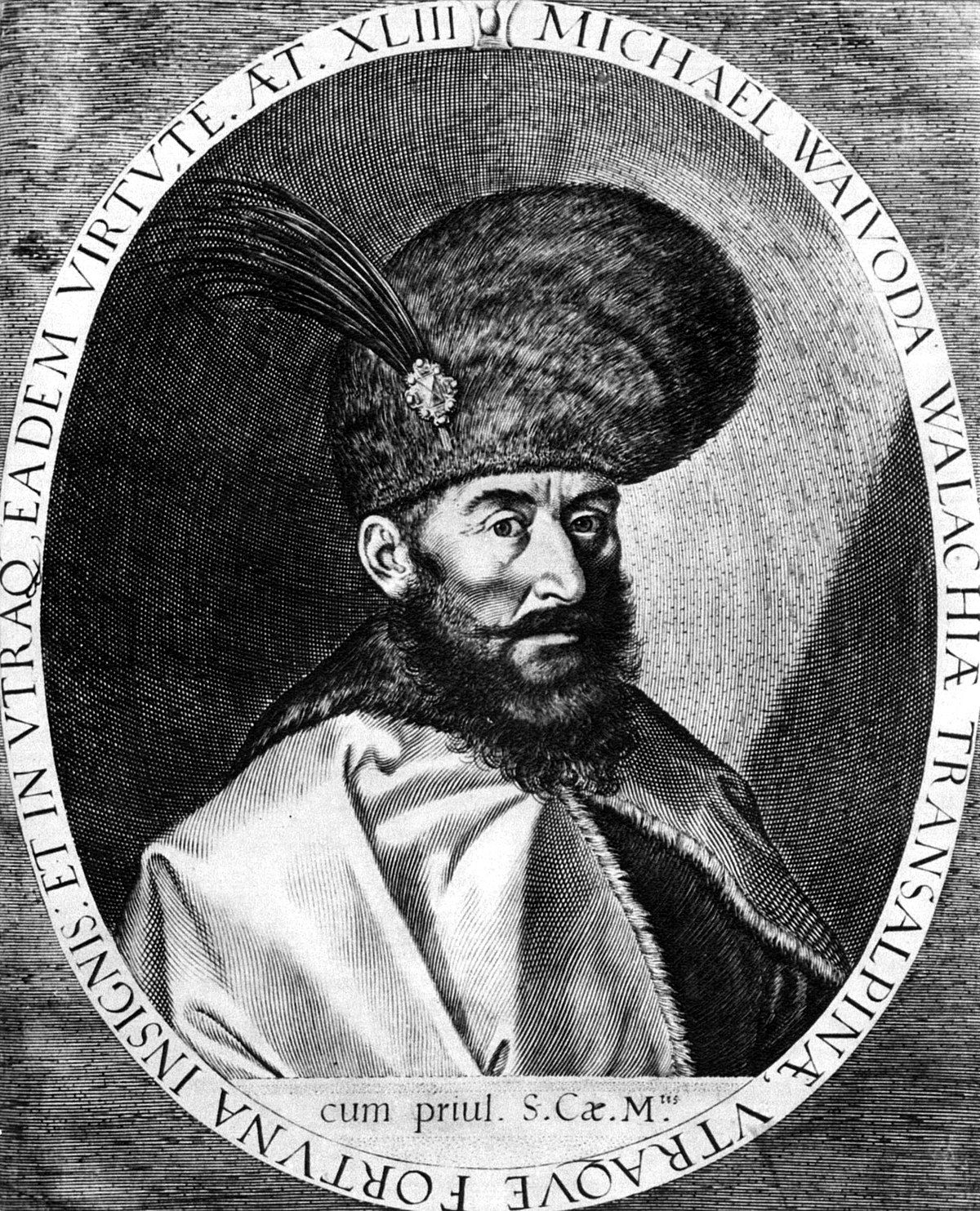 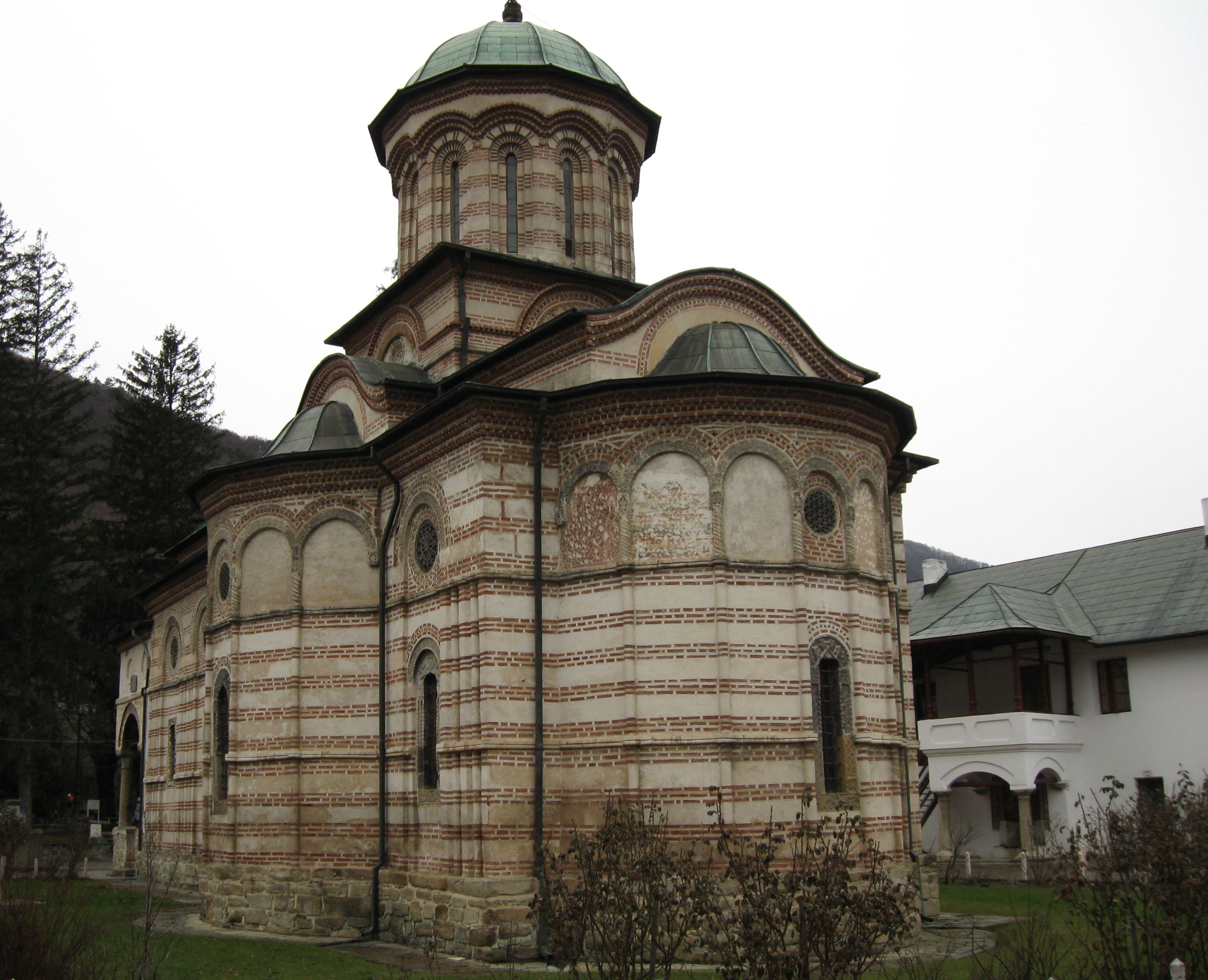 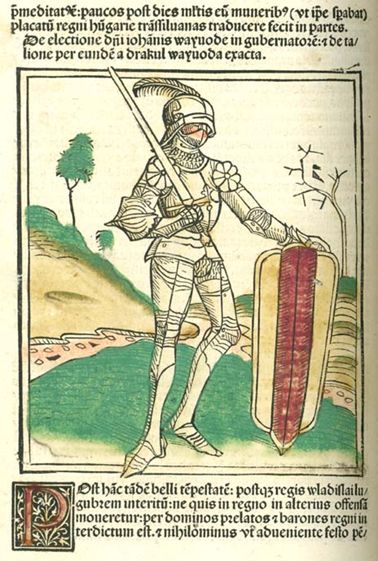 Present Romania includes four major historical provinces: Transylvania, Wallachia, Moldavia, and Dobroudja. Transylvania was the west-central part of the territory and it is bordered on the south and on the east by the Carpathian Mountains. Historical Moldavia (a territory shared today by Romania and the Republic of Moldova) included the region between the Carpathian Mountains and Dniestr, while Wallachia was situated between the Danube (to the south) and the Carpathian Mountains (to the north). Doubroudja was the territory bordered on the west and north by the Danube and on the east by the Black Sea. For a short period, this province became a part of Wallachia especially during the reign of Mircea the Elder (r. 1386–1418) but most of its history is related to other political entities (Byzantine Empire, Bulgarian Kingdom, Ottoman Empire).

Each province had its own historical evolution. Starting with the reign of King Stephen I (1001–38), Transylvania was progressively conquered by the Hungarian Kingdom, a process that ended in the 13th century. Thus, Transylvania was a part of medieval Hungary, which nevertheless preserved a certain identity. The rulers of Transylvania, called a voivode (as the Wallachian and Moldavian rulers) was appointed by the Hungarian king. Some of them played, however, major political roles. This was the case, for example, with Ladislau Kan (1296–1315) who was involved in the struggles for the Hungarian throne at the beginning of the 14th century; Stibor of Stiboricz (r. 1395–1401; 1410–14), one of the main military commanders of the King Sigismund of Luxemburg (r. 1387–1437); and especially John Hunyadi, a leader of the Later Crusade who after the crusade of Varna (1444) became governor of the Hungarian Kingdom. The reign of King Sigismund of Luxemburg marked a turning point in the evolution of Transylvania, Wallachia, and Moldavia. Confronted with the Ottoman expansion, the King intended to transform the aforementioned realms into sort of outposts aimed to halt the Ottoman advance. John Hunyadi pursued the same policy. Later on, the most important figure of medieval Moldavia, Stephen III “the Great” (r. 1457–1504) adapted this strategy trying to create a system of alliances between Moldavia, Transylvania, and Wallachia.

Wallachia and Moldavia emerged much later, in the 14th century, on the political stage of South-Eastern Europe. For a long period, their territories were controlled by Turkic Nomads (Petchenegues, Cumans) and later, after the Mongol invasion of 1241–42 by the Khanate of the Golden Horde. The emergence of Wallachia was the result of a twofold process: the decline of the Golden Horde and a military offensive of the Hungarian Kingdom beyond the Carpathians. Originally a vassal state of Hungary, Wallachia broke its allegiance in 1330 during the reign of Basarab I (r. 1310–42), after a successful war against Hungary. Until the mid-15th century Wallachian history balanced between tense relations with Hungary and peaceful periods when the Wallachian lords acknowledged the Hungarian king’s suzerainty. From 1359 onward, the Wallachian Church was led by an Orthodox metropolitan appointed by the Patriarchy of Constantinople. The reign of Mircea the Elder (r. 1386–1418) corresponded with the apogee of Wallachia, the voivode playing an important role in the fight against the Ottoman Empire being also involved, after 1402, in the struggle for the succession to the Ottoman throne between the sons of Sultan Bayezid I (r. 1389–1402).

Moldavia followed a similar evolution; initially, it was a border province of the Hungarian Kingdom to the east of Carpathians, a military outpost against the Golden Horde. During the reign of Bogdan I (r. 1363–67), the province overthrew the Hungarian suzerainty and oriented its foreign policy towards the Kingdom of Poland. In 1387, this political option was sealed by a special ceremony that took place in Lviv. The Moldavian ruler, Peter I (r. 1386–92) swore an oath as a vassal of the Polish King, Vladislas Jagiello. From that moment onward, Moldavia was a vassal state of the Polish Kingdom, a situation never accepted by the Hungarian Kingdom. Some Moldavian rulers used skillfully this Polish-Hungarian rivalry in their quest to strengthen their position along the eastern borders of the Carpathians. Like Wallachia, Moldavia was a part of the Orthodox cultural sphere. A Long conflict with the Patriarchy of Constantinople, settled only at the beginning of the 15th century, conferred a certain degree of autonomy to the Moldavian Church relative to the Ecumenical Patriarchate. The reign of Stephen III (r. 1457–1504) corresponded with the political, military, and cultural apogee of the Moldavian medieval state. He pursued an active and aggressive policy in the region in a political context dominated by the Ottoman expansion and by the reign of some key figures as Sultan Mehmed II, King of Hungary, Mathias Corvinus, and the Polish King, Cazimir IV. Due to his military successes, he managed to preserve and strengthen his position becoming one of the most important political actors of the region. He was also the founder of many monasteries and churches across Moldavia and was one of the most important donors of Mount Athos in the period after the fall of Constantinople in 1453.

The 16th century brought a significant change in the history of all three main Romanian provinces after the Hungarian defeat at Mohacs (1526) and the transformation of an important part of the Hungarian land in an Ottoman province (1541). Transylvania preserved its autonomy but became a tributary of the Ottoman Empire, a step already undertaken by Wallachia and Moldavia in the 15th century (Moldavia rebelled against the Ottoman Empire in 1473 but resumed its status towards the end of Stephen III’s reign). As their room for maneuvers diminished considerably, many projects of the period emphasized the idea of a political and military collaboration between Transylvania, Wallachia, and Moldavia aimed to contain the Ottoman power. The idea was put into practice for a short time by the Wallachian prince, Michael the Brave (r. 1593-1601). Michael conquered Transylvania and Moldavia (1600–01) during the “Long Turkish War” (1593–1606), which opposed the Habsburgs and the Ottomans. Although Michael’s political project was short-lived, it was pursued in the 17th century by several Transylvanian princes.

All in all, the 16th and the 17th centuries corresponded with a period of undisputed Ottoman hegemony over the three Romanian principalities. Their political and military importance decayed, with only Transylvania preserving a certain degree of autonomy. The political decline of the period is, however, compensated by developments in the cultural sphere.

There are many debates concerning Romanian medieval history. For example, the issue of the Romanian continuity after the retreat of the Roman army and administration (271–275) was for a long period a bone of contention in Romanian and Hungarian historiography. For the 13th-17th centuries, one of the key topics of communist historiography concerned the national character of the three principalities and the so-called „Romanian medieval unity.” Many historians of the communist period tried to argue that, despite their political separation, Transylvania, Wallachia, and Moldavia shared common ideals and followed, generally, the same political goals. Even those scholars that acknowledged that Transylvania was a part of the Kingdom of Hungary and was ruled by a Hungarian and Saxon elite claimed that, at least in the case of Wallachia and Moldavia, there are solid arguments in support of the idea of common interests. The fact that both provinces shared a common language, faith, and institutions were considered major arguments in support of the idea of a medieval virtual union of the Romanians. According to this view, the ideal reached its apex during the reign of Michael the Brave in Wallachia who, for a short time, managed to control all three historical realms.

Present historiography shares a more balanced view, insisting on the particular context in which the three provinces evolved. Moments of collaboration existed but they were imposed by mere necessities, not by an inchoate national sentiment. There is also an emphasis on the rivalry between the principalities, especially between Wallachia and Moldavia - each realm pretending a sort of pre-eminence in respect with the other. A good example is the reign of Stephen III of Moldavia. Considered by many historians as a sort of champion of Romanian medieval unity due to his repeated attempts to impose his own candidate on the Wallachian throne, Stephen’s was perceived by the Wallachian elite as an archenemy. The voivodes appointed by him were forced to abandon their throne or to change their allegiance. Eventually, Wallachia rejected not only Stephen’s involvement in its internal affairs but also efforts to be a part of the anti-Ottoman policy pursued by the Moldavian leader.

In the last decades, Romanian medieval historiography acknowledged an important change of paradigm as many medievalists became more and more interested in topics ignored and less studied until 1990. Among them, the new political history seen as a history of power undertook a special development. There is now a large interest in topics centered on political insignia, ceremonials and rituals, discourses and political vocabulary, and representations. There is also a change of perspective on the medieval sources. The new trend insists on the particular circumstances in which each source was created and on the strong link between the context and the characters involved in the creation of the document. In parallel, Romanian historians continue the work of publication of medieval collections started in the 19th century. The main collection is the Documenta Romaniae Historica, gathering the documents issued by medieval chancelleries. There are three different series (A. Moldavia; B. Wallachia, and C. Transylvania) published by research teams from Iași, Bucharest, and Cluj-Napoca. Other important collections are Foreign Travellers in Romanian Principalities, which gathers texts about Wallachia, Moldavia, and Transylvania in 14th–18th c., and the Fontes Historiae Daco-Romanae, which includes fragments of medieval chronicles concerning medieval Romania.

The study of Romanian medieval history could open many directions of research. Wallachia and Moldavia were a part of “the Byzantine commonwealth” but received strong influences from neighboring kingdoms (Hungary, Poland) and later on, Russia. Transylvania is also an interesting case due to its mixed ethnical structures and relative autonomy. The relations of the three principalities with the Ottoman Empire are also interesting case studies as each of the realms share a similar goal (the preservation of their autonomy and identity). Finally, examining the textual sources in dialog with the material evidence could yield additional avenues of inquiry into the specificities of local developments among the Romanian principalities, and their networked position in the period between the 13th and 17th centuries.

The book questions many exaggerations and over-interpretations of the communist historiography but the part concerning the Middle Ages lacks consistency as the author seems to ignore both important documents and historiographical works.

This book thoroughly examines the internal developments of the Wallachian state during the 14th-15th centuries and proposes a significant change of perspective with respect to previous historiography.

This book offers a balanced and good synthesis of Romanian history in English.

Papacostea, Șerban. Between the Crusade and the Mongol Empire. Cluj-Napoca: Romanian Cultural Foundation, 1998.

The best book on the genesis of Wallachia and Moldavia. Starting from a scarce and fragmentary documentation, Prof. Papacostea draws a detailed and complex picture of the international context in which the emergence of the Romanian principalities took place.

Pilat, Liviu, and Ovidiu Cristea. The Ottoman Threat and Crusading on the Eastern Border of Christendom during the 15th century. Leiden: Brill, 2018.

This book offers an attempt to integrate the Moldavian and Wallachian policy during the 15th c. in a wider Central and East European context.

A book that offers a thoroughly-analyzed history of Transylvania.

Rady, Martin. “Voivode and Regnum: Transylvania’s Place in the Medieval Kingdom of Hungary.” In Historians and the History of Transylvania, edited by Péter László, 21-28. Boulder: East European Monographs, 1992.

An excellent and balanced synthesis of the history of medieval Transylvania.