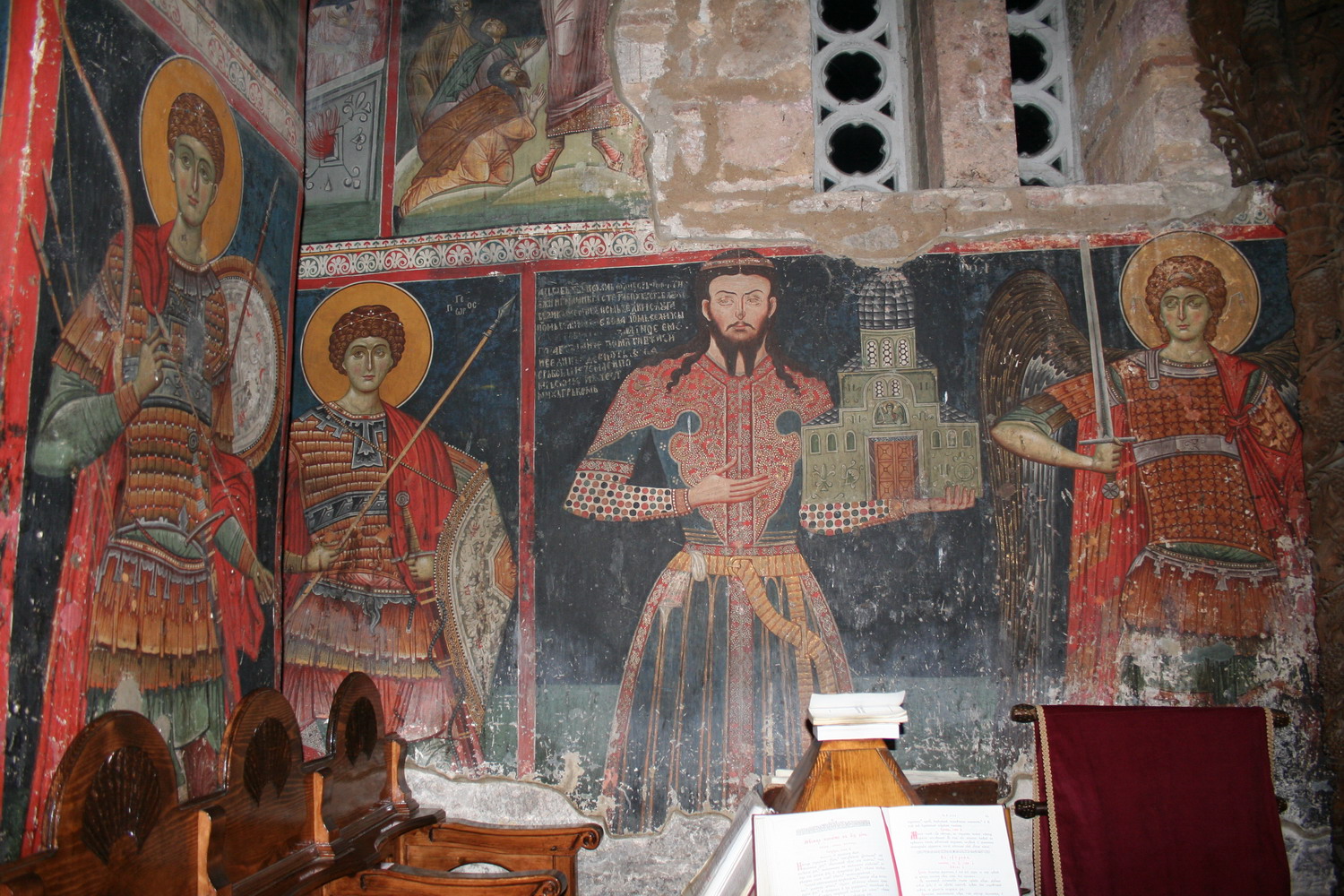 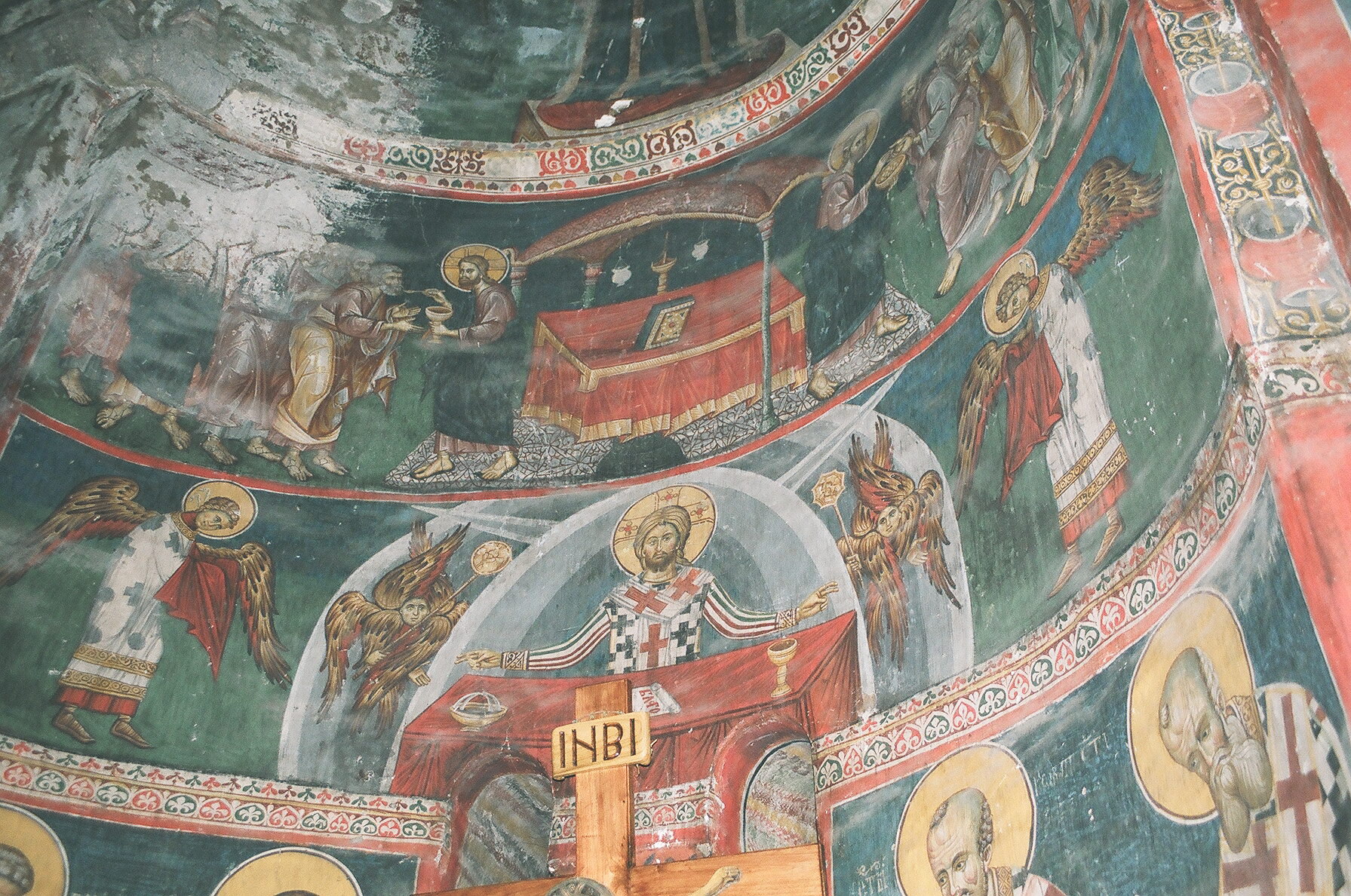 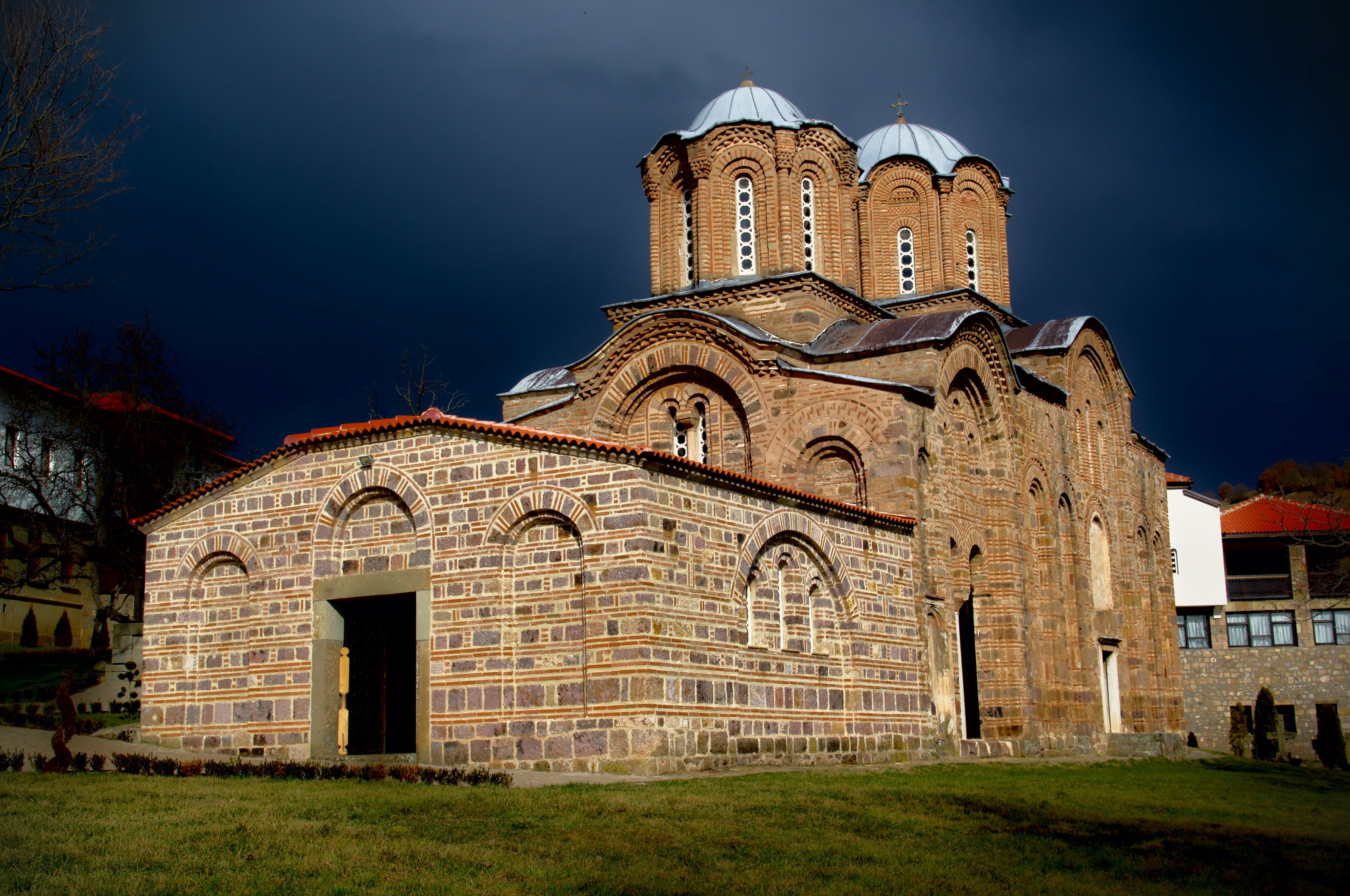 By Anna Adashinskaya | New Europe College, Bucharest & The Institute of Oriental Studies of the Russian Academy of Sciences

The monastery of Lesnovo, presently located in the north of the Republic of North Macedonia, near the towns of Zletovo and Probištip, presumably dates to the end of the 11th or the beginning of the 12th century. One may associate its foundation with the name of St. Gabriel of Lesnovo (late 11th to 12th century), a prominent local ascetic belonging to the regional hermitic movement that encompassed also St. John of Rila, Venerable Prohor of Pćinja, and St. Joachim of Osogovo.

In 1331, the older monastery was completely renewed by sebastokrator (later despot) Jovan Oliver (c. 1310 – after 1356), who ruled over the region. During the Church Synod in Skopje in 1347, Tsar Stefan Dušan (r. king 1331–46, tsar until 1355) established in the monastery the seat of the newly-formed diocese of Zletovo. However, with the dissolution of the Serbian state in the 1350s, the bishopric lost its importance. By 1381, the foundation became the metochion of Hilandar Monastery of Mount Athos.

After the renovation of the walls and gates in the 1330s, dedicated to the Holy Archangel Michael, the katholikon was erected between 1340/41 and 1348 on the grounds of an earlier edifice. It consists of two spatial units constructed in two stages under the patronage of the same person, Serbian aristocrat Jovan Oliver. His sponsorship is attested by three dedicatory inscriptions written in Greek and Old Church Slavonic above the door leading from the narthex to the naos and above the southern entrance to the naos.

Both architectural divisions, the naos and the narthex, belong to the cross-in-square type, although the pillars bearing the narthex dome are adjusted to the eastern and western walls of the structure. The balance of masses in the interior and the exterior decoration of the walls and domes demonstrate an affinity with contemporary architectural projects in Thessaloniki.

The system of the vertical ornamental divisions of the facades communicates the internal spatial structure of the bays. Along the eastern façade, which includes a hexagonal apse, the rhythm of vertical decoration intensifies; the wall is embellished with two superimposed layers of blind arcades supported by colonnettes. The brickwork patterns and the dynamic vertical elements that organize the exterior walls convey to the beholder the aesthetic meaning and aniconic heraldic symbolism of the building.

Different ateliers produced the murals of the naos and narthex. However, the use of Greek and Old Church Slavonic in the labels and the scenes’ inscriptions attests to the collaboration between Byzantine and Slavic masters in both artistic groups. Simultaneously, the choice of Slavonic for the first dedicatory inscription and Greek for the second one reflects the transcultural communication characteristic of the population of this border region, which passed from Byzantium to Serbia in part as a result of King Stefan Milutin’s (r. 1282–1321) military campaigns of 1282.

The painting of the naos exhibits a number of unusual iconographic solutions and rare compositions that evidence the complex theological thinking of the iconographers. For example, the decoration of the dome comprises not only the image of the Pantokrator in glory, the Heavenly Liturgy and Prophets, but also the portraits of the 40 Martyrs of Sebaste having an apotropaic character. The theme of Christ’s priesthood dominates the decorations of the altar-space, and the program of the apse has an additional register, placed between the Communion of the Apostles and the Service of the Church Fathers, which represents Christ as an archpriest blessing the liturgical gifts situated on the altar. Another depiction of Christ holding the Gospels and wearing the patriarchal sakkos occupies the niche of the diakonikon.

The double dedication of the church to the Holy Archangel Michael and St. Gabriel of Lesnovo resulted in the competition of the two cults. During the initial phase of the monastery’s existence, the veneration of the hermit prevailed, but after the restoration undertaken by Jovan Oliver, the significance of the archangel’s patronage started to increase, and, finally, replaced the ascetic cult. However, elements of monastic devotion were still preserved in the interior: St. Gabriel’s two portraits occupy prominent places among the Church Fathers in the diakonikon, whereas a pseudo-arcosolium with the scene of the hermit’s dormition is situated on the northern wall, at the entrance to the prothesis.

The 12-scene cycle of Archangel Michael’s miracles contains some unique compositions illustrating rare apocryphal narratives (the Fall of Satan, the Punishment of the Oath-breaker, the Healing of Monk Michael, the Miracle on the Holy Mount, etc.). A large and detailed scene of the miraculous drowning of the Arabic fleet near Constantinople celebrates the Archangel’s protection of Christian warriors; situated right across the founder’s portrait, it visualizes the worship of the Heavenly Archistrategos by the Serbian courtier and army commander. The ktetor’s inscription accompanying his act of church dedication to the armed Archangel witnesses Oliver’s progress in court dignities from veliki čelnik to veliki sluga, vojevoda, sebstokrator, and finally despot. Moreover, Oliver’s name with the sebastokrator title inscribed in the lowest decoration zone, below the portrait, could designate the initial place for the founder’s grave.

The iconographic program of the narthex is constructed around such key topics as the divine origin of earthly authority, metaphoric illustrations of the last psalms, the humanity of Christ, and Church authority. In the dome’s pendentives, the traditional images of the Evangelists are replaced with those of the Church Fathers at work, writing. Their wisdom forms rivers bringing water to people. In the lower zone of the murals, the ecclesiastic organization is supported by the figures of the first Zletovo bishops (John and Arsenios) and that of the monastery’s founder, St. Gabriel.

On the northern wall, the concept of power hierarchy structures the image of the founder’s family, who is represented below the massive figures of the Serbian royal house (Tsar Stefan Dušan, Queen Jelena, and their son Uroš) receiving Christ’s blessing. Thus, the composition visually transmits the idea of the divine origin of the tsardom and the dominance of the sovereign over his noble subjects. A similar comparison between the universal order and the state system appears in the depictions of the last psalms. Here, the cosmic symbolism of the Zodiac is juxtaposed with the harmonically-arranged social groups headed by the ruler. Finally, the Marian prefigurations of the Old Testament and the images of Christs’ ancestors (including Adam and Eve) allude to humanity's affiliation with divinity through the incarnation of God.

The article explores the role of codified signs and uniconic imagery on the facades of the Lesnovo katholikon. It analyzes a beholder’s engagement with the decoration and proposes to interpret some ornaments as references to Christ.

The book is an overview of the cycles of the Archangels’ Miracles preserved in Byzantine and Slavic Art. It analyzes the images in their connections with the textual sources and historical context. The book is supplied with a catalogue of the monuments containing the cycle of miracles.

The monograph offers the most comprehensive overview of the mural decoration and historical development of the monastery. Its prime focus is the relations between the images and historical events, as well as the contextual analysis of the iconographic program.

Gavrilović, Zaga. “Divine Wisdom as Part of Byzantine Imperial Ideology: Research into the Artistic Interpretations of the Theme in Medieval Serbia. Narthex Programmes of Lesnovo and Sopoćani.” Zograf 11 (1980): 44–53.

The article explores the mechanisms conveying the symbolism of power in Byzantine and Serbian monuments such as light, prefigurations from the Old Testament, and iconographic arrangements of royal portraits and scenes.

The article discusses the iconography and ideological content of the illustration of the last psalms in the decoration of the narthex at Lesnovo. It points to the connection between these scenes and the concept of the new world order appearing after the incarnation of Christ and manifesting itself in nature as well as in society.

This monograph analyzes the stylistic and constructive features of the 14th-century architectural school that appeared on the territory of the historical South Serbia (nowadays the Republic of North Macedonia). This approach helps contextualize the katholikon of Lesnovo among contemporary monuments.

The article analyzes the elements of the foundation charter by Jovan Oliver preserved in the inscriptions carved above the passage between the narthex and the naos, and the southern naos entrance. The author compares these texts with the content of two preserved charters issued on behalf of the monastery by Tsar Stefan Dušan (1347) and Gospodin Konstantin Dejanović (1381).

This contribution was sponsored by the Mary Jaharis Center for Byzantine Art and Culture at Hellenic College Holy Cross.